You are here: Home / Resources / How To Skateboard- Introduction for Beginners

There’s nothing more exciting in this world than getting your first skateboard after you’ve decided to start skating. You can’t wait to do all the maneuvers from the video games and picture yourself riding down the streets.

Before you first go out and learn how to skateboard, you should get to know the separate parts that make it. It will help with learning the skateboarding terminology if you know the individual pieces of your setup. Speaking of vocabulary, skaters seem like they have their own language. It will take some time until you get the hang of what people mean, but I’ve never seen someone refusing to explain an unfamiliar term.

The most prominent part of the skateboard is the deck. It’s the long wooden plank. It allows you to have a surface to stand on, and its shape enables you to do tricks. The most prominent deck measurement is the width. Most commonly seen nowadays is a deck width of 8.25 inches. Smaller boards are lighter and easier to flip, while wider boards are more comfortable and provide a larger surface to land. 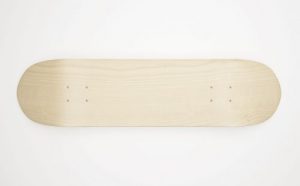 The (typically) black sandpaper on top of the deck allows you to do many tricks. It also helps you with stabilization, and so your feet won’t slip off the otherwise slippery wood. Skaters call it the grip tape. Some ship with a large graphic printed on them; others have a little cutout. Other than aesthetics, skaters use these to distinguish the front and back of the skateboard easily. 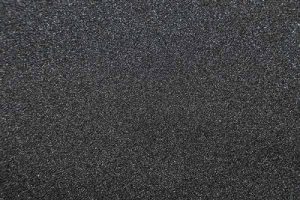 The metal pieces on the bottom of your skateboard are called the trucks. They let you take turns on your board by distributing your weight in the designated direction. The trucks will be your grinding surface once you get to the point of learning them. Every manufacturer has their own measurement; luckily, they also have spreadsheets online that tell you what truck fits which deck size. The width of the deck should align with the ends of the truck. 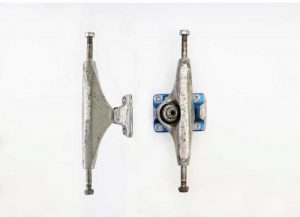 The wheels serve multiple purposes. They provide you with a smooth ride and play a significant role in advanced maneuvers such as slides on ledges or powerslides—the wheel size is generally the most crucial measurement. Wheels with a 52-56mm diameter are the most common sizes you’ll see. 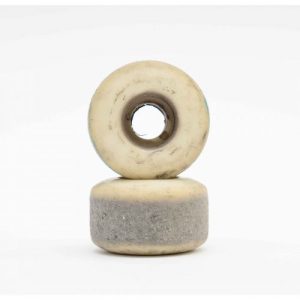 Inside of your wheels are metal (mostly stainless steel, sometimes ceramic) rings that contain balls that enable your wheels to spin freely while being on your trucks. These constructions are called bearings. 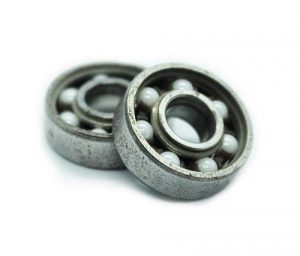 The nuts and bolts which keep the trucks on the deck are called the hardware.

Some skateboards have pads in between their trucks and the deck. They help prevent wheel bite, which is when your wheels touch the deck and stop your momentum. Additionally, they reduce the vibration you’ll encounter on rough riding surfaces.

How to Skateboard- The First Steps

You should be aware that skateboarding could damage your shoes, clothes, and eventually even your wallet. Unless you already have skate shoes, try to get your hands on a pair, which will also improve the board’s overall feeling. A good idea is to check various second-hand shops every time you need new shoes—it could save you a fortune in the long run.

A lot of beginners skip the steps of learning how to ride a skateboard and get comfortable. Many want to learn an Ollie, then the Kickflip, and look at the tricks as if it was a checklist. People that do that will encounter a more difficult time learning any tricks later on. Your brain is not familiar with the physics of having a plank of wood with wheels attached to it yet and hasn’t developed any muscle memory.

Try to find a safe place to skate. Either a skatepark or an empty parking lot would be perfect. I advise wearing safety gear, as you will fall sooner or later. Don’t be discouraged if you do; even the greatest skaters on this planet slam frequently nearly every time they go skating.

If you need help deciding which foot to put forward, ask someone to push your back gently, and the foot you’ll step forward with might be the better choice, as that’s how you’d naturally step forward to keep your balance. 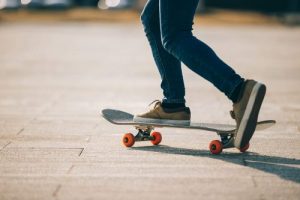 Skate around a lot; you can never spend too much time on it. It’s easy to spot the difference between people who have spent the time riding around to those who didn’t. People would consider skaters that did more talented because their brains have an easier time understanding a skateboard’s physics. In reality, it comes down to the time they spent riding; it almost feels like second nature.

The very first real trick that most skaters learn is the Ollie. In case you’re not familiar with this iconic maneuver, it’s the jumping motion that skateboarders do where it seems like the board sticks to their feet as they’re taking off. 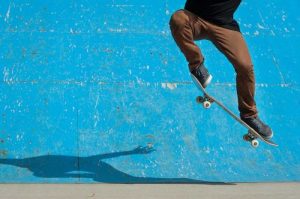 As with almost every other skateboarding trick, the Ollie concept is a sequence of various movements. The right timing makes it a whole.

It will take some time to get the hang of it and even more to master it. If you wish, you could also start practicing these steps on a patch of grass to minimize the risk of losing balance and falling. However, to truly optimize this trick and put it to use, you have to work your way up and make it happen while rolling.

Now that you know how to ride and perform an Ollie, you can start to take it to the streets. Jump onto curbs, over obstacles, and apply this ability everywhere. Nearly every trick will build upon the foundation that you’ve learned with the Ollie. It’s crucial to become familiar with the feeling of doing it off, onto, or over various objects.

Once you feel confident in your skating, you can take what you’ve learned and try going in different directions, which skaters call stances. If you were to ride forward but pop the trick off the nose instead of the tail, you’re doing a Nollie.

Rolling with your right foot forward instead of your left (or vice versa), you’re riding Switch. When skating in the Switch stance and do an Ollie, you’ll do a Switch Ollie.

If you did a Nollie while riding Switch, skaters would call that a Fakie Ollie. Fakie is the previously explained Nollie stance but Switch.

The Ollie will be your gateway to the wondrous world of skateboarding. It will open up your mind and make you rediscover your surroundings. Skateboarding is a way of looking at the architecture around you differently. What used to be a crack in the ground becomes a fun obstacle to jump over. Things like benches or parking blocks turn into a playground for grinds and slides. You’ll feel freer than ever before. 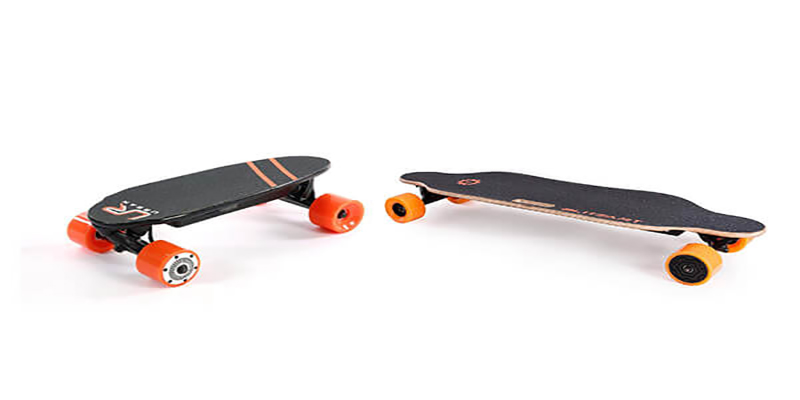 Top 10 Best Electric Skateboards under $300 (that are actually good) 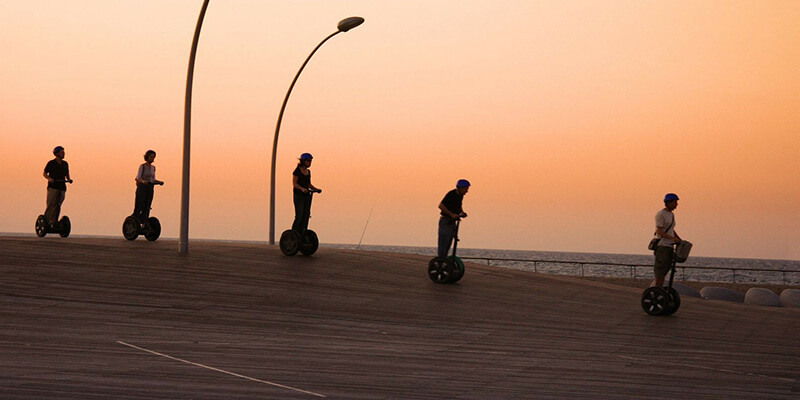 How Much Does a Segway Cost